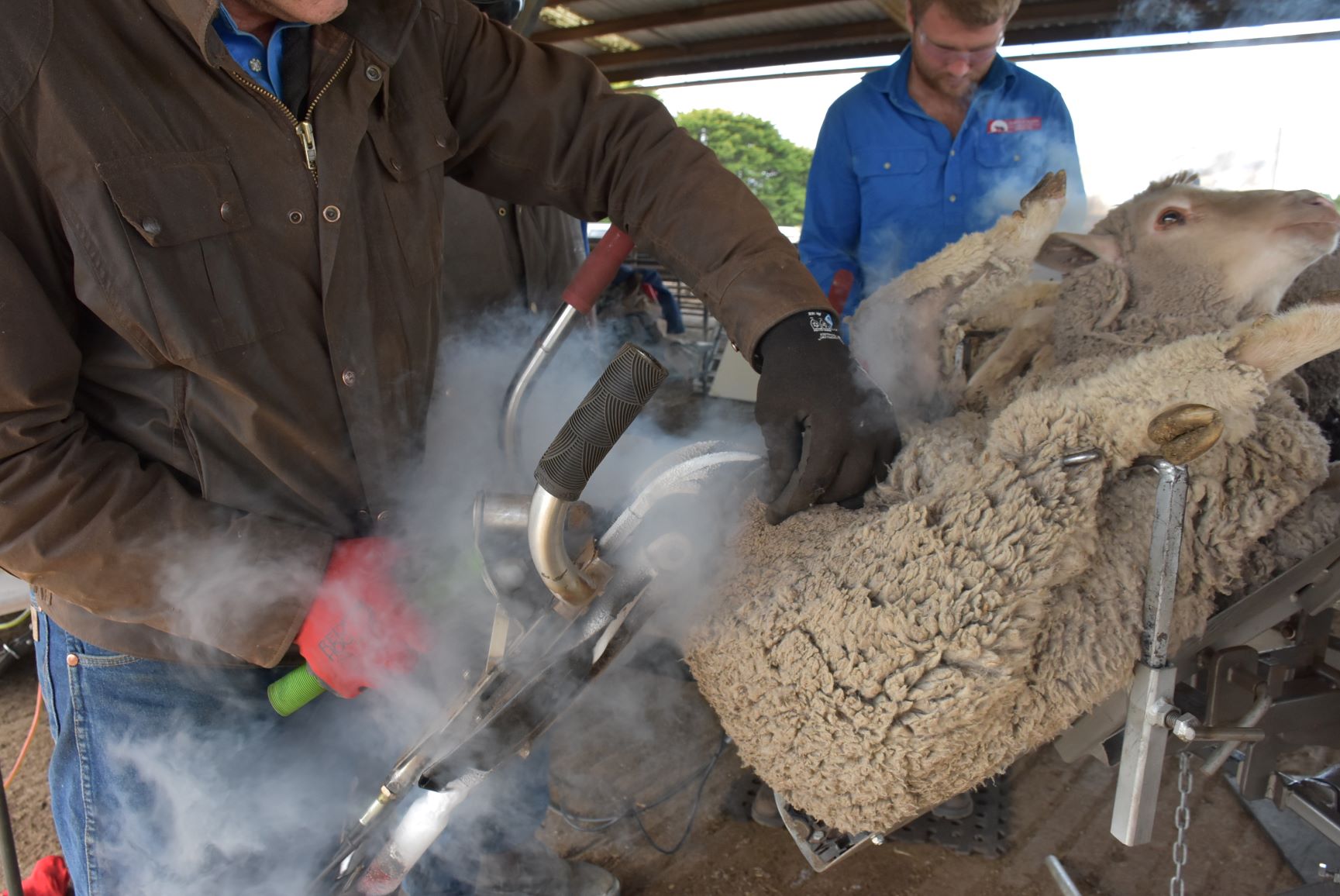 What is Freeze Branding?

Freeze branding involves the application of liquid nitrogen to folds of skin in the breech area of a lamb causing the skin to die. When healed the result is an area of stretched bare skin similar to surgical mulesing.

We are frequently asked if the NewMerino® standards accept the liquid nitrogen method of modifying the breach area of sheep known as Freeze Branding (previously known as Steining) as an alternative to surgical mulesing.

The answer to the question is NO.

The reason that we take this approach is that, although this is different to surgical mulesing it is still a form of breech modification and is not currently accepted by animal welfare organisations, animal welfare standards organisations (eg Textile  Exchange) and many brands around the world.

The retail brands we work for all stipulate non-mulesed wool and are looking to us to verify that their supply genuinely meets this criteria.

The latter brings into play another issue, namely that the AWEX National Wool Declaration system classifies wool from sheep where the liquid nitrogen breech modification method has been used as non-mulesed (NM) in the wool industry data transfer system.

This has been a controversial issue for some time, and we do not intend to reiterate all the arguments here as we feel they have been canvassed previously in the media and now well expressed by Fox & Lillie in an opinion piece. (see below)

The key point is that wool from sheep where the liquid nitrogen breech modification system has been used are classified on the National Wool Declaration the same as wool from plain bodied sheep that have not been mulesed. This is misleading.

To be completely transparent, the liquid nitrogen system should have its own classification so that consumers, brands and processors can reach their own conclusions as to its acceptability.

Big issue of transparency with the NWD.

The wool industry is once again shooting itself in the foot by allowing the “cryogenic breech freezing” process to be reported on the National Wool Declaration (NWD) as non-mulesed (NM) wool, losing the opportunity to promote complete transparency in the Australian wool industry.

To be clear Fox & Lillie is not opposed to any progressive and economically viable  process in sheep husbandry that adheres to 21st century animal welfare standards , but any new intrusive process must include a clear  definition  and description to allow the market to make up its own mind about whether any new procedure or process adheres to their company’s policy direction.

Some of the users of wool have made it clear that they wish to acquire wool from sheep which are not mulesed, and they have been paying a premium for this. These users have been relying on the premise that non-mulesed assumes no mulesing and/or procedure to the breech. Aligned with this growing demand many woolgrowers have worked hard to establish their flocks as non-mulesed, which previously seemed a clear category on the NWD, but now, one which AWEX has opened to scrutiny.

Dirk Stevens from Stevens Farming runs a 10,000 self-replacing merino flock across a number of properties in New South Wales and Victoria and has been non-mulesed since 2004. Dirk said AWEX’s decision to allow other forms of breech modified wool to be reported as non-mulesed in the NWD meant “decades of hard work down the drain, and a cloud now hangs over the industry.”

As stated by AWEX the function of the NWD is to enable woolgrowers to promote their animal welfare practices (i.e. Mulesing Status) and the Dark and Medullated Fibre Risk of their wool to wool exporters, processors and retailers.

Mulesing is clearly defined in the NWD as “The removal of skin from the breech and/or tail of a sheep using mulesing shears”, so it is perplexing how a completely novel process to remove breech wrinkle from a sheep is allowed to be declared non-mulesed?

Subterfuge and semantics cannot be part of this process.

AWEX claim it is awaiting the results of pain trials but if this is the case, then how is this procedure now  available in our industry for use? And even more relevant is why that procedure is not defined in the NWD?

AWEX’s position on this has been exposed by accreditation platforms which buyers rely on to audit and authenticate the wool they purchase.

“We are concerned that the decision to include freeze mulesing as non-mulesed on the NWD is going to not only lead to confusion and misunderstanding in supply chains but also that it will undermine the hard work and significant progress achieved by Australian wool growers that have transitioned to non-mulesing through breeding fly-strike resistant sheep.”

“Based on the unanimous support from all the stakeholders for the most recent revision of the Responsible Wool Standard, the decision was to not allow Steining, Freeze Branding, or Freeze Mulesing to be considered “Non-Mulesed,”

Other well regarded platforms such as NEW MERINO have also rejected the Cryo breech freezing process being categorized as NM, as well as large, loyal and long-term customers of Australian wool such as Reda and Barberis.

Given the previous format of defining the mulesing process on the NWD, simple logic should tell us that any new intrusive husbandry process must include a clear definition and description of the process which will allow the end users of wool to make up their own minds about whether this new procedure or process adheres to their company’s policy direction.

The wool industry needs to advance “in step” with its wool consumers and understand that truth in labelling is paramount to building trust in the wool we are selling.

The wine industry is a good example of how important they believe truth in labelling is with the “Label intregrity program” administered by Wine Australia now legislated under the wine Australia act.

If AWEX does not wish to diminish its position as a trusted independent and transparent service provider for the Australian wool industry it should correct this flawed decision on the NWD.