Skip to content
Previous Next
Fast Fashion – comes at a price 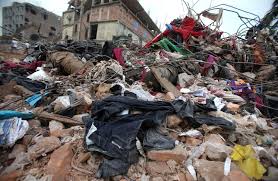 Global apparel consumption is estimated to be around $1.8 trillion making it around 2.3% of global GDP. The global demand is forecast to grow at an annual rate of 5% per year as markets in China and other emerging countries expand. 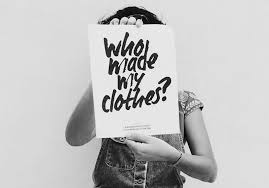 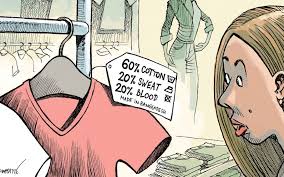 Fast Fashion  – Comes at a Price

Sandeep Raghuwanshi is Founder, ESG Robo. ESGRobo is a startup that aims to improve sustainability in the fashion industry’s supply chain.

Sustainability in the textile & fashion industry is under an intense spotlight. Most of the fashion product sales happen in the developed world — with USA and Europe accounting for just under half of global sales by value — but an overwhelming majority of the cotton farmers and the bulk of global production of textiles and ready-made garments happens in the developing world.

While discussing any issue related to the fashion supply chain, it is important to be reminded that the textile and apparel industry is a very important contributor to the world economy. The industry has one of the largest, longest, and complicated global supply chains spreading to every single country on the planet. Global apparel consumption is estimated to be around $1.8 trillion making it around 2.3% of global GDP. The global demand is forecast to grow at an annual rate of 5% per year as markets in China and other emerging countries expand.

The industry contributes significantly to export revenues of several countries: for example, nearly 85% of export earnings of Bangladesh come from readymade garments exports.

It is also one of the world’s largest employers as a sector. The industry employs between 60 to 75 million people globally. In India, the textile & apparel sector is the second largest employer after the agriculture sector.

However, the industry is afflicted with questionable working conditions- from inhuman working hours to lack of proper sanitation and drinking water, dreadful work environment and disregard for the workers’ health and safety, especially in the cut & sew operation, which is the most labour intensive and is performed primarily in low wage countries.

Getting a fix
Over the last few years, there has been a significant increase in awareness of these issues globally including among consumers. The consumer groups, as well as several human rights organizations, have been putting pressure on the brands and retailers to provide visibility on the working conditions. But so far, not much has changed.

Why is it so? We cannot approach this problem with naiveté and need to be cognizant of the reality of economics of the industry. The fast fashion industry thrives on the promise of cheap and disposable, trendy clothing. US Bureau of Labour Statistics shows that consumer spending on apparel as a percentage of total consumer expenditure has more than halved from 5 percent in 1987. This is when the frequency of purchase has gone up 60%.

Brands have their own economics and so far, there are no signs of propensity to pay higher price for clothing labeled as sustainable. There are many reasons for that, and not the least being lack of trust on such labels. The result is that brands continue to put pressure on factories to produce cheaper and faster. The latest Better Buying index found suppliers in the lowest cost locations being pressured for further lower prices, with 38% of Bangladesh suppliers reporting their buyers have held them to last years prices, despite inflation and rising wages

These conditions prevail in garment factories because manufacturing has become a very thin margin and low profitability operation. The factories save costs by under-investing in health and safety and forcing overtime.

The only solution to the problem is an investment in better working conditions of factories.

Improved profitability from more efficient factory operations
It is widely accepted in industry discourse that improvement in productivity is an important part of “the solution” to achieve improved wellbeing of millions of garment workers. Improvement in efficiency reduces the manufacturing cost per garment which could be directed towards better wellbeing of the factory workers.

This step to improve efficiency must be supported by increased transparency and openness to ensure that fruits of improvement are also reaching all the beneficiaries. This transparency can then be provided in a trustable manner to educate and convince consumers who are otherwise sceptical of the claims made by retailers.

Our analysis suggests that the root causes of low productivity in the garment manufacturing factory floors come from poor managerial skills, not following data-driven methods for process planning and poor wage structure.

The reason factories do not upgrade to new methods of timekeeping and training is because of upfront investments and uncertainty of outcomes. If any gains from efficiency improvements are spent to pay for these up-front costs, then the cost-benefit analysis does not remain compelling.

The industry must support innovative solution providers that are willing to break this entry barrier and work as partners to help the industry break their shackles.

After all, consumers want the clothes to not only look good but also feel good.